Gene is the former Head of Academic Development for the Etihad Airways Group, responsible for the development of their corporate university project. Before that he was the Executive Director of BlessingWhite MENA, a division of GP Strategies, and the Knowledge Group in Abu Dhabi. With nearly thirty years’ experience in the leadership development field, he has a wealth of expertise in key sectors across four continents. An experienced international project manager, he has helped many individuals and organisations develop their skills and potential. His core skills are in strategy development, quality assurance and accreditation, cross‐cultural management, leadership development, competency‐based programs and assessment.

Gene is credited with having launched the world’s first competence‐based professional program for managers in 1990 with the British Institute of Management (BIM now the Chartered Management Institute) working with the UK’s Open University. He has a strong track record of building academic institutions and corporate training academies across the world as the architect behind the EQUIS accreditation scheme for top international business schools and CLIP for corporate universities. As a strategic auditor for the European Commission and several national governments, he has created the quality standards, audit processes and support to help organisations grow. He was an interim director of the EuroArab Management School (EAMS) in Granada, Spain (1999‐2003) and has helped create new institutes in Morocco, Tunisia, Egypt, Jordan and the UAE. His experience includes:

He has worked in the Arab world for more than fifteen years, first through EAMS, then the Doha Asian Games (Qatar) and the EuroJordanian Advanced Business Institute (EJABI) in Amman, followed by his work for Abu Dhabi University and Etihad over the last twelve years. In the UAE his key clients include the Abu Dhabi Islamic Bank, the Abu Dhabi Government, the Armed Forces, Etisalat, the ADNOC Group, Etihad Airways and HSBC. He has helped design five degree‐level programs to cater the region’s growing needs, including Etihad’s Bachelor of Science in Aviation, a Master in Security Studies and more recently an executive Masters, the Master of Strategic Leadership for Abu Dhabi University in his role as one of the first corporate Chairs in the region, the Etihad Chair in Strategic Leadership.

In the assessment field, he has been instrumental in the development of competency frameworks used by public sector organisations as well as blue‐chip companies such as the Financial Times Group, HSBC, SABMiller, and Standard Charter. He is an active executive coach and has also developed a number of psychometric tests and developed assessment centres for top organisations across Europe. 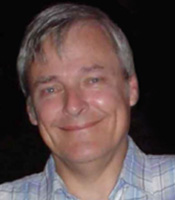